Mint and chocolate... how can you go wrong? :) I whipped up a batch to bring to work (part of my holiday baking tradition). I hope everyone enjoys them tomorrow! 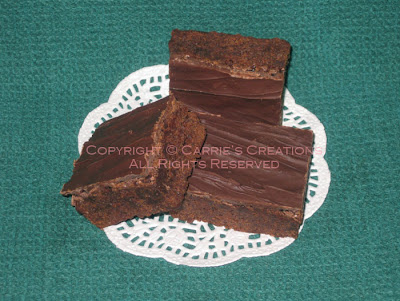 P.S. This update is short and sweet on purpose! :)
Posted by Carrie Young (www.carriescreations.ca) at 7:56 PM No comments:

I haven't been updating my blog/website for the past couple of weeks due to CRAZINESS! Did I already mention that I have 4-hour commute to work in total, a husband, and 2 boys under age 4? Adding orders to the list make for lack of sleep and the feeling of not finishing in time (but I always do).

So, I will try to *briefly* mention what has kept me so preoccupied... 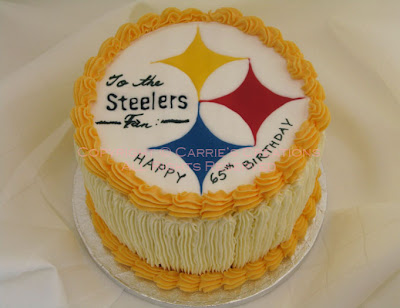 Made for a football fan, this chocolate cake with vanilla Swiss meringue buttercream (SMBC) icing was topped with a royal icing transfer. Surprisingly, I was told it was easy to cut into; possibly due to it resting on the buttercream, which broke up the molecules in the royal icing. A test for me to experiment with in the future. 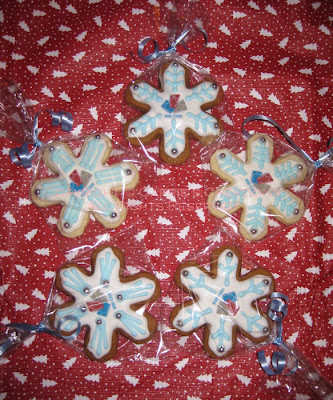 The cookies were sugar and gingerbread cookies for the staff at the IRBC. The design is similar to what I made in the past, but with the addition of an edible image of the IRBC logo in the centre. Did I mention I love my edible ink printer? :) 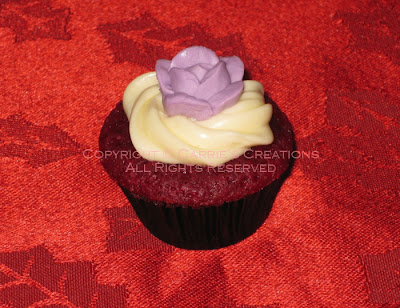 So, my colleague wanted to bring these cupcakes for her niece's birthday. Initially, the niece said yellow was her favourite colour but then changed it to purple. Her mom wanted a rose on the cupcake, so I made them in purple and rested on cream cheese icing. The kids went to town so fast on the cupcakes that my colleague was not able to take even one photo of her niece enjoying them. To be 4 years old again...


* * *
Trifecta of Destination Wedding Cakes
Another colleague requested to have cakes made in honour of her daughter's wedding. The wedding was in Punta Cana, so parts of the cakes had a beachy theme. She was very generous and shared the cakes with us at work (which was her intention all along!). To make my life easier, I decided to change the order into three smaller and shorter cakes instead of two higher cakes (I had to commute by transit, after all). 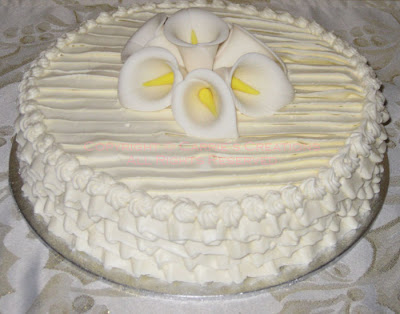 Her daughter had calla lilies in her bouquet, which I made with fondant. Ruffles were everywhere to make it look like a bridal. The cake was vanilla with vanilla SMBC icing. 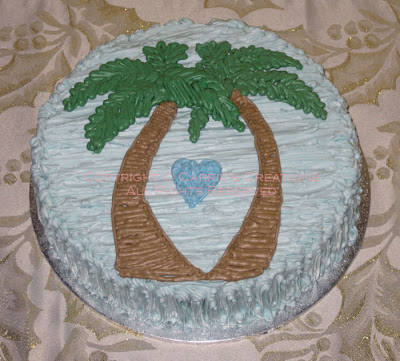 Palm trees meeting together was the idea for this chocolate cake with vanilla SMBC icing. 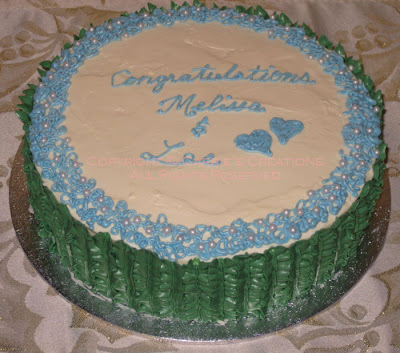 So, I didn't end up having room for the text on both the first two cakes above. It was written on this one instead. This cake ended up having one layer of chocolate cake and one of vanilla, all iced and filled with vanilla SMBC.
Congrats Melissa and Lee!
* * *
26th Anniversary Cake 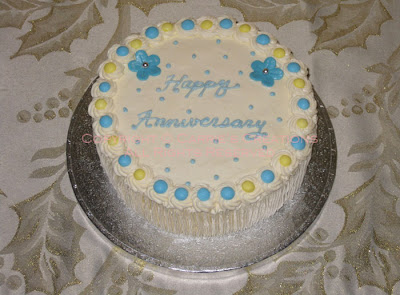 My colleague wanted a little vanilla cake to celebrate her anniversary. I put puddle dots and a couple of fondant flowers to decorate it very simply. 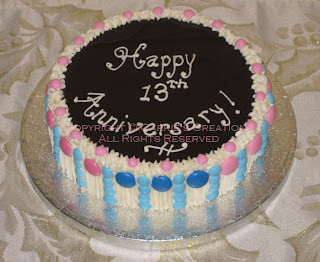 Another colleague's anniversary was on the same date as the above client - weird, huh? She specifically requested for a chocolate ganache filling, which I did but also covered the top and sides of the vanilla cake with it. The sides were finished off with SMBC. The second request was to make it colourful (for her kids) because this was also the first anniversary cake that was homemade (she never had time to make it herself). 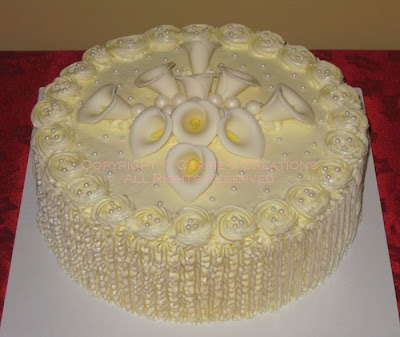 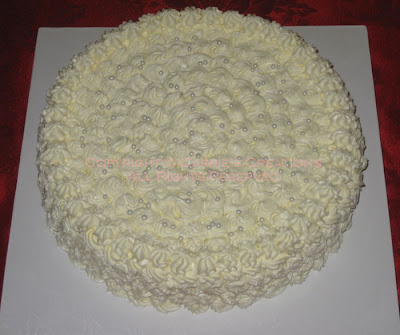 A colleague wanted to do something nice for a couple of people at work, so she ordered two generic cakes that could be served over the holidays. The cakes are vanilla with SMBC: the first one with fondant calla lilies and sugar pearls; the second one with rosettes and sugar pearls. 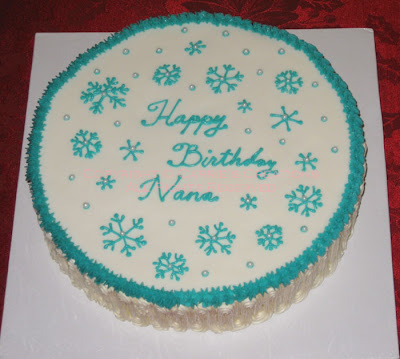 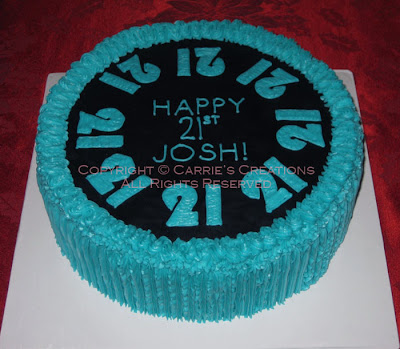 This was the chocolate birthday cake with teal vanilla SMBC for the last surprise birthday party my colleague was going to give her son. SMBC 21's were placed on the black fondant top. It looked kinda retro, but I'm glad to hear it was enjoyed by all. 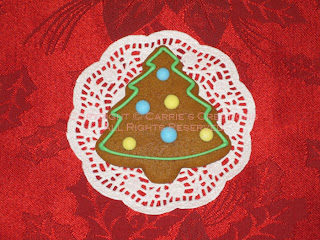 Of course, with all the baking I do, I had to bring something to work to share. I made some gingerbread cookies and sugar cookies (not pictured) topped with royal icing. 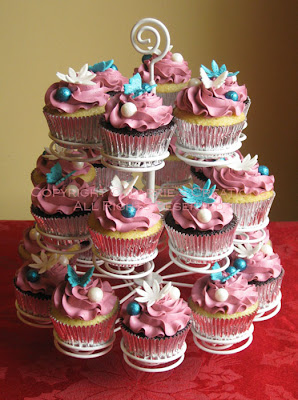 I had a request to make fuchsia SMBC cupcakes with girly teal and white toppers. The cupcakes were vanilla, chocolate and red velvet, topped with alternating white/teal butterflies, flowers and pearls. I really liked how the teal glitter made the pearls shimmer.
Posted by Carrie Young (www.carriescreations.ca) at 5:45 PM No comments: