Another year has passed (it seems to go by very quickly now!  So, we had his birthday party yesterday.  12 kids... it's not as bad as you'd think! 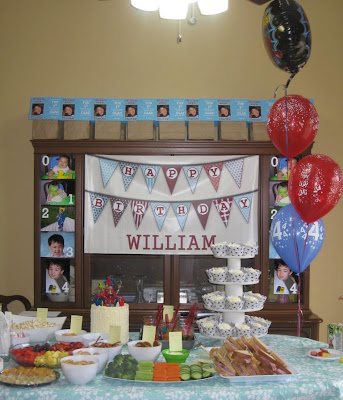 William wanted a Spider-Man cake.  With 5 villains on it plus Spidey.  I feel bad that I couldn't deliver!  Lots of things came up and I lost a lot of time, and before I knew it, party time came.  Last year, I was on maternity leave, so I more free time.  This year, time is eaten away by my work commute and work itself.  I spent most of my time on everything but the cake. :( 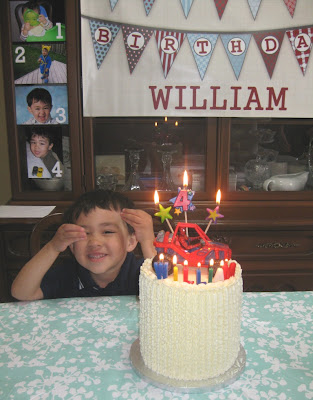 "Wha-sa matta you face?!"
﻿
So, the chocolate cake comprised of 3 layers, all filled and iced with vanilla Swiss meringue buttercream.  That's all I did.  We purchased a Spider-Man in a buggy, so he could play with the toy after.  I also found personalized candles (so glad his name was spelled the common way).

The banner, I ordered through www.vistaprint.ca, when they had it on special.  The numbered photos represent the age in which it was taken. 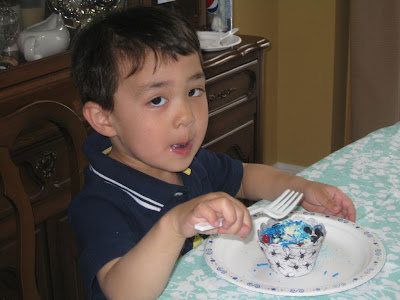 I had a few activities planned, but due to damp weather, only one survived: Decorate Your Own Cupcake!  I made vanilla cupcakes, iced them, then used wraps with spiders on it.  I got a bunch of red/blue/black/white jimmies, sprinkles, jelly beans, gummy bears and yogurt-covered peanuts for the kids to use to their hearts' content.  Clean-up was not too bad, so I'm glad we did it. 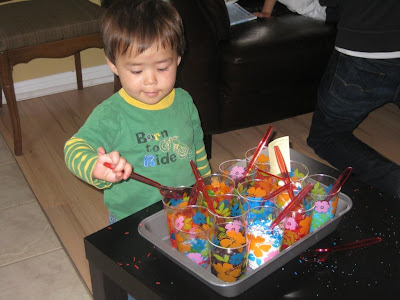 Owen mixes up the cupcake toppers.


The rest of the time, the kids migrated down to the basement where all the toys were.  When the party was over, the basement wasn't terribly trashed, so it's safe to say we got a tidy bunch of kids (what luck!). 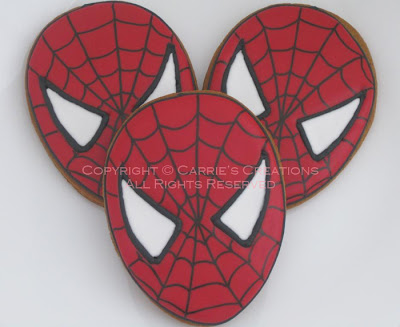 Even though my cake wasn't up to my standards, at least my gingerbread cookie favours were.  I used royal icing (red was made with a ton of red icing paste, gel, and food colour) and food-grade marker to decorate.

We think the party went well; no injuries to report, only a couple of hurt feelings.  We're pretty satisfied with our first daycare-heavy guest list.  The only thing I would've changed is to have a better design and execution of the cake.  I'm going to start planning next year's now, so I won't be in this situation again! 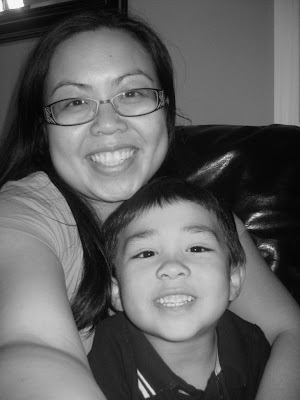