July is almost over... that was quick!  =)
Here's what this past month brought: 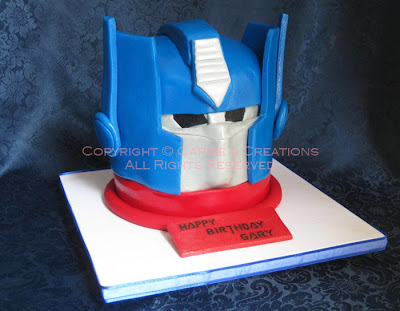 <insert transforming sound>
This was done for my friend Kristina (www.pearstudios.ca), for her hubbie's birthday.  The vanilla cake was filled with strawberry Swiss meringue buttercream.  All decorations are made from fondant/gumpaste and the mask was brushed with silver lustre dust. 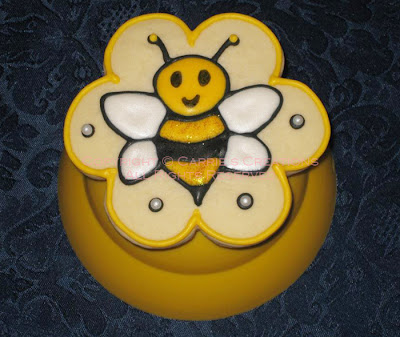 Little Mieke turned 4, and her nickname in German means "troublesome bee."  I used royal icing for the design, pearl lustre dust for the wing, yellow and black glitter for the body, and edible marker for the facial details. 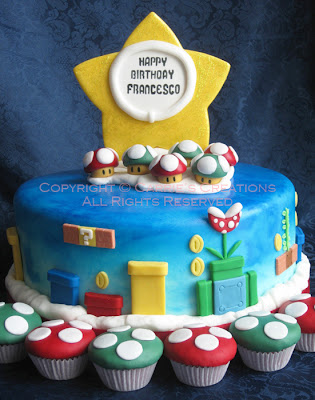 Solmaz's son turned 6, and the theme was Super Mario Brothers.  The cake was chocolate with vanilla Swiss meringue buttercream.  It was covered in fondant, then I sprayed blue food colour in gradation.  All the decorations were made from fondant/gumpaste.  I handwrote the birthday message on top of edible icing circles.  The mini "mushroom" red velvet cupcakes had cream cheese icing centres, and topped with fondant.

The delivery day was really wet (rain and humidity), so the fondant appeared shiny and became sticky to the touch.  But it was still OK!  Solmaz added chess pieces of the characters, so you knew that it was from the world of Super Mario.  Check out the two hanging off the cake plate!

Here is a photo of Solmaz's sweet table (see her work on Facebook - http://www.facebook.com/dressitupinc): 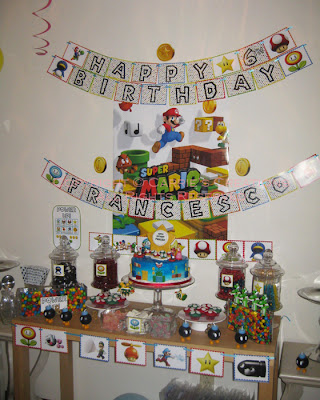 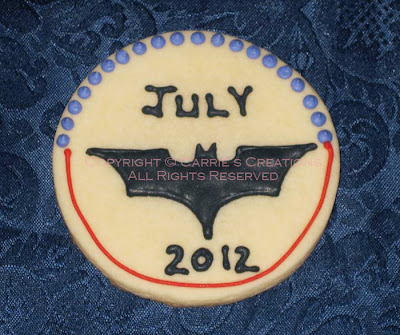 We have a comic book store in Whitby, and we wanted to test out how treats would sell in their store.  The day the new Batman movie came out, the store wanted to have an event for its release.  I hope the recipients enjoyed them! 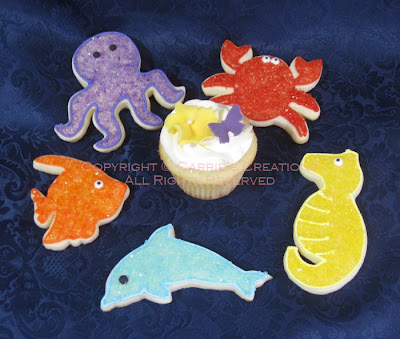 The summer theme turned into ocean-themed (I wanted to do something different).  The cookies had a mixture of royal icing and sprinkle decorations.  The cupcakes (vanilla, chocolate, and marble) were iced with vanilla Swiss meringue buttercream and topped with purple butterflies and yellow flowers with a sugar pearl centre. 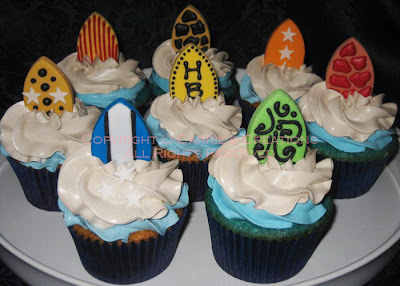 My colleague requested for some cupcakes for a 5-year-old boy.  Not knowing what he'd like, I decided to make it summer-themed... so, surfboards?  I used a orchid petal cutter for the shape, then made various details on each surboard. 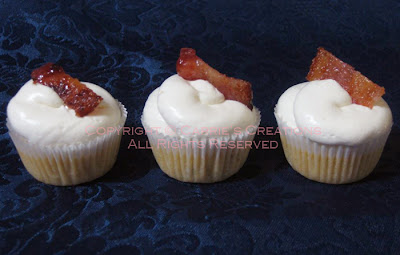 I didn't want to bring my usual cookies or cupcakes to a BBQ, so I decided to give this recipe a try.  It involves more prep, but turned out cute.  And the recipe just had enough portions that was stated, a surprise to me, because others would yield maybe a few more.
Posted by Carrie Young (www.carriescreations.ca) at 12:34 AM